Abstract:
There is growing concern about fairness in algorithmic decision making: Are algorithmic decisions treating different groups fairly?  How can we make them fairer?  What do we even mean by fair?  In this talk I will discuss some of our work on this topic, focusing on the setting of online decision making.  For instance, a classic result states that given a collection of predictors, one can adaptively combine them to perform nearly as well as the best of those predictors in hindsight (achieve “no regret”) without any stochastic assumptions.  Can one extend this guarantee so that if the predictors are themselves fair (according to a given definition), then the overall combination is fair as well (according to the same definition)? I will discuss this and other issues.  This is joint work with Suriya Gunasekar, Thodoris Lykouris, and Nati Srebro.

Speaker Bio:
Avrim Blum received his BS, MS, and PhD from MIT in 1987, 1989, and 1991 respectively.  He then served on the faculty in the Computer Science Department at Carnegie Mellon University from 1992 to 2017. In 2017 he joined the Toyota Technological Institute at Chicago as Chief Academic Officer.   Prof. Blum’s main research interests are in Theoretical Computer Science and Machine Learning, including Machine Learning Theory, Approximation Algorithms, Algorithmic Game Theory, and Database Privacy, as well as connections among them. Some current specific interests include
multi-agent learning, multi-task learning, semi-supervised learning, and the design of incentive systems.  He is also known for his past work in AI Planning.  Prof. Blum has served as Program Chair for the IEEE Symposium on Foundations of Computer Science (FOCS), the Innovations in Theoretical Computer Science Conference (ITCS), and the Conference on Learning Theory (COLT).  He has served as Chair of the ACM SIGACT Committee for the Advancement of Theoretical Computer Science and on the SIGACT Executive Committee.  Prof. Blum is recipient of the AI Journal Classic Paper Award, the ICML/COLT 10-Year Best Paper Award, the Sloan Fellowship, the NSF National Young Investigator Award, and the Herbert Simon Teaching Award, and he is a Fellow of the ACM. 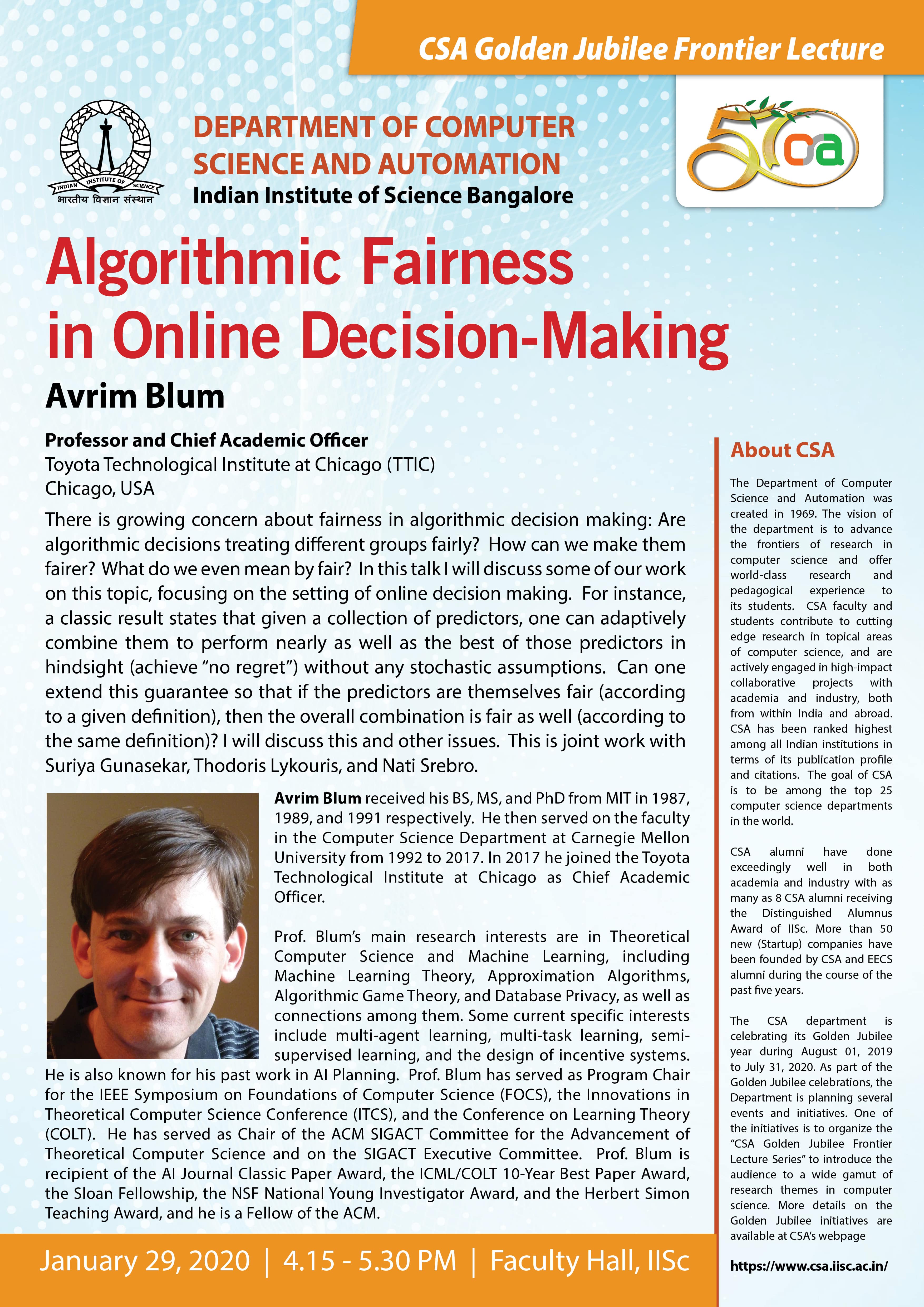